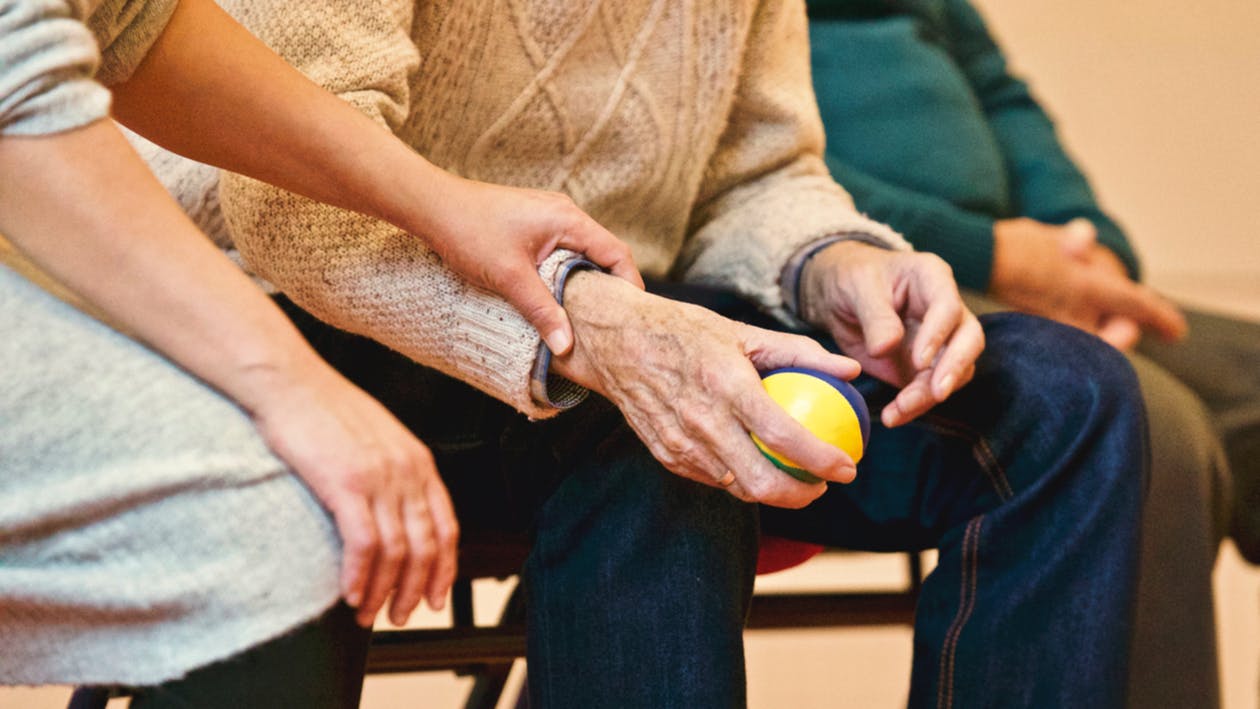 A year ago, I spit in a cup and signed my genetic data away to 23andMe. Today, I learned that they’ve used that data to develop a drug for psoriatric arthritis, and licensed it to a major pharmaceutical company. I don’t know how many zeros accompanied that deal, but even divided among the 8 million other customers who’ve given 23andMe our data, I bet my share would be a lot. I’ll never see that money, and I run the risk of my genetic data being compromised. But it’s a risk I’m willing to take.

This drug hits close to home

My dad has never been exactly healthy. Regular bouts of asthma have led to multiple hospitalizations. He has always worked his body too hard running the family ranch and had a hip replacement before his 60th birthday. But when I called him to ask how his cattle had faired in the 2019 “bomb cyclone”, I could tell in his voice that something was really wrong.

I asked him how he was feeling and he just said “not too good”. Just after getting out of the hospital from another asthma episode, his right hand and foot had started swelling. When they became so swollen he couldn’t put on a boot or shake your hand, and his primary care doctor had reached his wits end as to what was wrong, my brother and I showed up at dad’s doorstep on a Sunday and demanded he come with us to the University of Colorado Anschutz Medical Campus.

He’d been there a week or so before and was tentatively diagnosed with multiple conditions including gout and Q-fever, a livestock disease that can sometimes jump to humans. But the swelling and the pain and the rashes just kept getting worse.

Finally, a team of rheumatologists that my dad described as John Wayne, Clint Eastwood, and Robert Duvall, diagnosed him with psoriatric arthritis.

Psoriatric arthritis, like rheumatoid arthritis, is an autoimmune disease that causes joint swelling. In autoimmune diseases, the immune system mistakenly attacks the body itself, in this case, the tissue in joints. Autoimmune diseases are so difficult to diagnose, that it often takes 5 years and more than 5 doctors to get a positive diagnosis. With the all-star trio at Anschutz, dad got lucky.

They prescribed methotrexate, a small molecule drug that inhibits the immune system to prevent self-attack. Unfortunately, that means methotrexate can also leave you more vulnerable to infections. There are also potentially toxic side effects of long-term methotrexate use, particularly with regards to liver function. That’s why my dad chose to stop taking methotrexate once his symptoms improved.

After methotrexate, the next line of defense against rheumatoid and psoriatric arthritis is biologic drugs like Humira. My dad’s rheumatologist also suggested Humira, but the price tag of $2,000 per month made him balk. And for regulatory reasons I’ve written and published about in the past, those costs are not likely to come down anytime soon.

So when I heard 23andMe had licensed a new small molecule, psoriatric drug to a pharmaceutical company that they developed using customer data, I was thrilled.

The risks and benefits of data sharing

I’m not dismissive of data privacy concerns. In fact, I’ve written and published about the potential consequences of digital records of DNA. But for me, the potential (now actual) benefits outweigh the hypothetical risks.

I’m a scientist by training, and I work for a marketing company that advertises for biotech startups. Our client’s products are used in medical research labs and by pharmaceutical companies to help them develop new drugs for cancer and autoimmune diseases.

Recently, someone asked me if my company’s efforts support “big pharma”. In a way they do. We don’t work for large pharmaceutical companies directly, but we support the companies that help fuel their research.

The animosity towards the pharmaceutical industry is not surprising. They’ve done a lot to deserve their bad rap.  But they also develop real treatments that help real people with real diseases.

In my mind, both my 9 to 5 and my genetic data are subtly contributing to the development of new drugs that can change the quality and quantity of life for people suffering from diseases.

That’s why I’m proud to say I’ve shared my data with 23andMe. They will profit from it, and I’ll never see a cent of that profit. But I’ll sleep a little better knowing my genetic data could help make a real difference for patients.